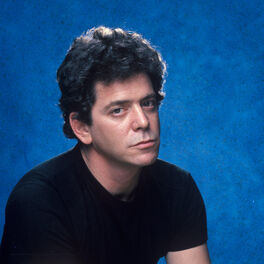 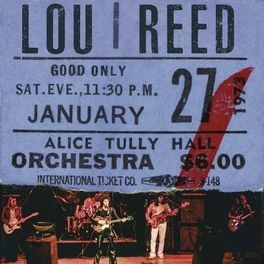 Between Thought And Expression

by The Velvet Underground, Lou Reed

by The Velvet Underground, Lou Reed

Is This Love - Best Rock Ballads

An arch songwriter with a penchant for telling tales of drug abuse, transsexuals and prostitutes, Lou Reed reigns as the grand old bard of New York's seedy underbelly and a key influence on everyone from David Bowie to My Bloody Valentine to The Strokes. After dabbling with garage psychedelia, avant garde films and Andy Warhol - while front man of seminal art rockers The Velvet Underground - Reed signed to RCA and fled to London to record eponymous debut Lou Reed (1972), mainly made up of unreleased Velvets tracks. His glam-tinged second album Transformer (1972), co-produced by David Bowie and Mick Ronson, was his breakthrough thanks to the classic tracks Satellite of Love, Perfect Day (a UK Number 1 25 years later) and the unlikely hit single Walk on the Wild Side. Reed's next work, Berlin (1972) - a rock opera based on two doomed, drug-addicted lovers - was dismissed as a "disaster" at the time, but over the years critics have dramatically changed their tune and in 2007 Reed toured the album with a 30-piece band choir. Coney Island Baby (1975), The Blue Mask (1982) and the screeching onslaught of Metal Machine Music (1975) stand as other striking moments of a prolific, daring and highly experimental career that has seen Reed's status flit from outsider icon to industry laughing stock with frequent swings. After a liver transplant in May 2013, Reed died of liver disease a few months later on 27th October 2013.