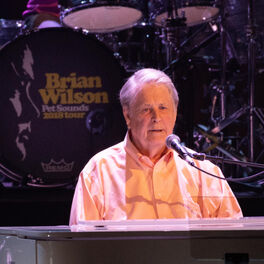 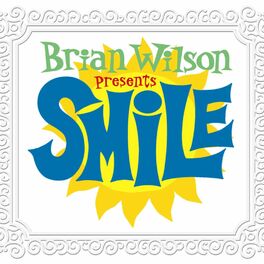 In the Key of Disney

What I Really Want For Christmas

I Just Wasn't Made For These Times

Brian Wilson will always be remembered, not only as the inventive brains behind the Beach Boys' groundbreaking progressive rock sounds of the 1960s, but as a great survivor who recovered from debilitating mental health problems to re-emerge in triumph in the 2000s. As founding member and chief songwriter of the legendary 1960s rockers the Beach Boys, Wilson penned the classics Surfin' USA, Good Vibrations and I Get Around and positioned the band alongside The Beatles as one of the most innovative and important guitar groups of the era. He defined the West Coast sound of jangling guitars, four-part harmonies and summery melodies and blew away the boundaries with the Beach Boys masterpiece Pet Sounds (1967). Wilson began recording the even more ambitious and intricate follow-up album Smile soon after, but amid drug and mental health problems the record was shelved and he retreated from the band, appearing only occasionally throughout the 1970s. Wilson re-appeared as a solo artist in 1988, but his eponymous debut made little impact and its follow-up Sweet Insanity was rejected by his record company and never released. He re-recorded a set of Beach Boys songs in conjunction with a Don Was documentary for the album I Just Wasn't Made For These Times (1995) and worked with Van Dyke Parks on Orange Crate Art (1995) before healing a long rift with his daughters Carnie and Wendy (of Wilson Phillips fame) and releasing the album The Wilsons (1998). With his health improving and stage fright overcome, he took to the road to play Pet Sounds live in its entirety before recruiting Paul McCartney, Elton John and Eric Clapton to guest on his seventh solo album Getting' In Over My Head (2004) and finally releasing a finished version of Smile (2004) to great acclaim. In recent years Wilson has performed a glorious set at Glastonbury Festival, recorded an album of George and Ira Gershwin songs and reunited with the remaining Beach Boys for their 50th anniversary. In 2011 he released a collection of his favourite Disney songs.