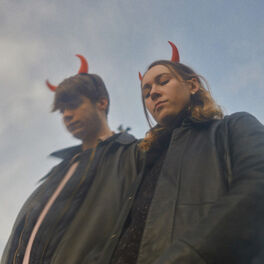 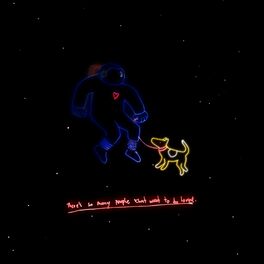 There’s So Many People That Want To Be Loved

Right Round The Clock

Midnight Mixtape by The 1975

on repeat by Branko

Inspired by indie rock, post-punk, and modern-day dance music, childhood friends Asha Loreznz and Louis O’Bryen formed the experimental band Sorry in North London in 2017. The two songwriters initially worked together as a duo, crafting a large catalog of homemade demos before adding drummer Lincoln Barrett and bassist Campbell Baum to the lineup. Now a full-fledged band, they played local shows under the name Fish before renaming themselves Sorry. Meanwhile, a collection of the group's early recordings, Home Demo/ns, Vol. 1, was released in 2017, followed by a second volume of demos in 2018. Several songs from those compilations became popular on the London dance club circuit, including "2 Down 2 Dance" and "Twinkle." After releasing a studio EP, As the Sun Sets, Sorry found a wider audience with their official debut, 925. Created over a period of four years and released in March 2020 by Domino Records, the album climbed to Number 13 on the UK Independent Albums chart and Number 49 in Scotland. Although the COVID-19 pandemic forced the band to cancel a European tour in support of the album, 925 turned Sorry into a critically-acclaimed group, with NME awarding the record a perfect five-star rating.