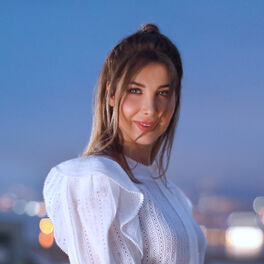 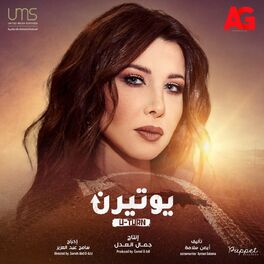 by The AB Brothers, Nancy Ajram

This is Christmas - Arabic

Born on May 16th, 1983 in the Lebanese capital of Beirut, Nancy Ajram first made a name for herself in the music industry at just twelve years old as a contestant on TV talent show Noujoum Al-Moustakbal (Stars of the Future). Earning a gold medal in the show’s traditional Tarab category, she went on to release her debut single “Hobbak Allam Albi El Gheere" the following year, securing a deal with EMI shortly afterwards. Ajram’s first two albums, 1998’s Mihtagalak and 2001’s Sheel Oyoonak Anni, failed to succeed commercially despite their major-label backing. Her chart breakthrough came at the age of nineteen with her divisive 2002 single “Akhasmak Ah”, which topped charts throughout the Middle East while simultaneously leading to protests due to her portrayal of a flirtatious café manager in the song’s music video. The track served as the lead single from her third album, Ya Salam (2003), which spawned two more chart hits and led to numerous accolades including two Murex d’Or Awards. Continuing to gain recognition in the Arab world with her follow-up albums Ah W Noss (2004) and Ya Tabtab...Wa Dallaa (2006), Ajram broadened her reach further by teaming up with Coca-Cola as their sole female ambassador in the Middle East, with adverts for the drinks company contributing to the success of several of her songs. In 2008, Ajram won a World Music Award based on sales of her music, and in 2010 she was announced as the Middle East’s best-selling female artist of the decade. She has since starred as a judge and mentor on TV talent shows Arab Idol and The Voice Kids Arabia, and has released many more albums including two written for children.