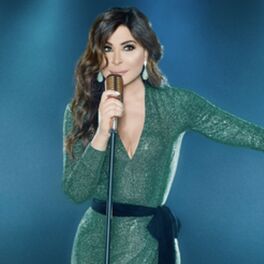 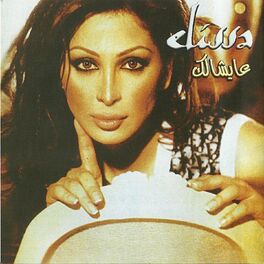 Lebanese singer Elissa Zakaria Khoury - known for her flashy videos, sophisticated marketing, TV commercials and clothing brands - moulded herself into one of the most successful and most famous Arabic stars of the modern era. After selling over 30 million albums, she is also noted for her peace campaigns and womens rights activism.

Born in Deir el Ahmar to a Lebanese mother and Syrian father, she grew up in a big family and went on to gain a university degree in political science but felt the draw of music and launched her career after coming second in a Lebanese music competition in 1992. Signed to EMI, she released her first album 'Baddi Doub' in 1999, leading almost immediately to her first major brand deal when she was chosen to be the face of a shampoo marketing campaign.

In 2000 her second album 'W'akherta Ma'ak' included duet 'Betghib Betrouh' with fellow Lebanese star Ragheb Alameh, which became a major hit in several territories and helped get her an invitation to sing for US President Bill Clinton at a charity show in Dubai. Her international profile was raised even further when she teamed up with Christian Dior, filming a video in Paris for 'Ayshalak', the title track of her third album.

She went on to collaborate with Chris de Burgh on the single 'Lebanese Nights' and shot advertisements with Christina Aguilera and continued her success with the albums 'Ahla Donia' (2004), 'Bastanak' (2006), 'Ayami Beek' (2007) and 'Tesadaa Bemeen' (2009), which included one of her biggest hits 'Betmoun'. Picking up various awards along the way, she became a judge on the Arabic version of 'X Factor' and later took on a role as coach on 'The Voice'. In 2018 she released a new album 'Ila Kol Elli Bihebbouni' which featured the single 'Krahni', on which she collaborated with her brother Camil Khoury.