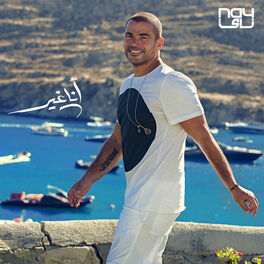 Ya Tariq Ya Tariq

Egyptian vocalist and writer Amr Diab was born in Port Said in 1961 and is widely acknowledged to be the father of Mediterranean music, a vibrant blend of Western and Arabic musical influences. A good example of the genre is Diab's single 'Nour El Ein' released in 2012 which has become an international hit and the accompanying promo video on YouTube has garnered over 28 million views.

In 1992 with the launch of his album 'Ice Cream in Gleam' he became the first Arabic-speaking artist to promote his music using an MTV-style music video format. As a singer-songwriter Diab has a prolific output and has released an album almost every year of his professional career since 1983. In tandem with his musical career Diab has also tried to build a career as an actor but after a succession of unsuccessful films he retired from the movie business in 1993 to focus on his music.

Following the Egyptian revolution in 2011 Amr attracted some criticism from Arabic audiences after fleeing Egypt for London. He has since devoted significant resources through his own radio station Diab FM into promoting discussions about the political situation in Egypt and highlighting the work of various aid projects within the region.