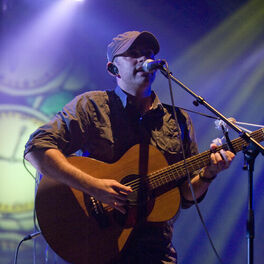 This Is...Tunng: Magpie Bites and Other Cuts (Bonus)

This Is... Tunng: Magpie Bites and Other Cuts

Songs You Make at Night

Comments of the Inner Chorus

This is... Tunng: Mothers Daughter and other Tales

In the head of... Koralie

Tunng are known as a fluid, eclectic unit utilising unconventional instrumentation and arrangements defying all the usual concepts of musical classification, with reviewers attempting to define them with terms like 'acid folk', 'psych folk', 'future folk' and 'folkadelica'.

They had their beginnings in 2003 when singer-songwriter Sam Genders was playing a solo gig in London and met Mike Lindsay, an electronica musician who was making his living writing music for TV commercials and low grade films. They pooled their talents, creating a unique style that resulted in their debut album 'Mother's Daughter & Other Songs' in 2005. With one track, 'Tale from Black', Genders and Lindsay realised their music had the potential to break out of the narrow folk genre and recruited additional instrumentation and other musicians to help them achieve it and, along the way, Ashley Bates, Phil Winter, Becky Jacobs and Martin Smith all joined the ranks. Their sound duly expanded with their darkly mysterious second album 'Comments of the Second Chorus' (2006) but it was their third offering, 'Good Arrows' (2007), which really established them as leading players in what became known as 'folktronica'. Primarily mixing Genders' moving songs and gentle vocals with Lindsay's electronic soundscapes, the tuneful melodies and unusual configurations established their reputation beyond the UK as they toured Europe and America.

Their collaborations included the multi-cultural band The Imagined Village and desert blues band Tinariwen, while each member continued to work on their own projects but with Genders opting out of live performance and Lindsay relocating to Iceland, Tunng took a back seat for a while. Without Genders, they released 'And Then We Saw Land' (2010) and 'Turbines' (2013), but Genders reunited with the band and they returned in the summer of 2018 with the spiritual sounding 'ABOP' ahead of a new album 'Songs You Make at Night', which recaptured the magic of their early sound.