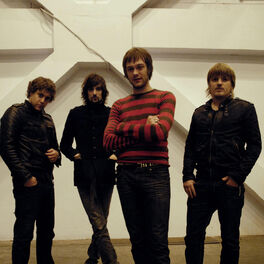 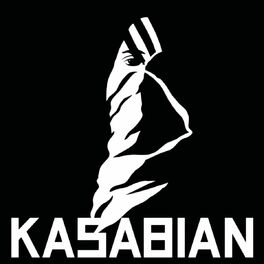 For Crying Out Loud (Deluxe)

You're in Love With a Psycho

Music From the Motion Picture 21

Stealth-Music from the Motion Picture

Formed in Leicester in 1999, the band Saracuse re-named themselves after Linda Kasabian, getaway driver-turned-state-witness with the infamous Charles Manson's murderous cult. The original line-up featured Chris Karloff, Serge Pizzorno, Tom Meighan, Chris Edwards and Ash Hannis and they played and recorded at the Bedrock Studios, where Edwards worked as an engineer.

They released their debut album in 2004 and built a loyal following with their raucous stage act, achieving their first hit with stage favourite 'Club Foot'. Ian Matthews replaced Hannis on drums in 2004 and guitarist/keyboard player Karloff, also one of the main songwriters, left prior to the release of their second album 'Empire' in 2006. Philadelphia-born guitarist Jay Mehler and keyboard player Ben Kealey became regular touring members of the band prior to the release of their third album 'West Ryder Pauper Lunatic Asylum' to assert their place as one of Britain's most charismatic and anarchic bands, and by 2010 they had won the approval of the masses when they won the BRIT Award for Best British Group.

'Velociraptor!' was released in 2011 but failed to make much of an impact on the charts, not even breaking the Billboard Top 200. They embarked on a UK tour in 2012, with their show at London's O2 being filmed and screened into cinemas in the UK. The following year the band announced that Mehler had left, moving his talent's to Liam Gallagher's band Beady Eye. With new guitarist Tim Carter on board, they set about recording a new album, to be titled '48:13'. This was released in 2014 with the lead single 'Eez-eh' reaching number 22 in the UK Singles Chart. The album made the number one spot in the UK, with several other top 20 positions across Europe. The following year, off the back of the success of '48:13', Kasabian were nominated for nine NME Awards, winning two in the categories of Best British Band and Best Album. In 2017 the band confirmed that they were working on their sixth album, 'For Crying Out Loud'.