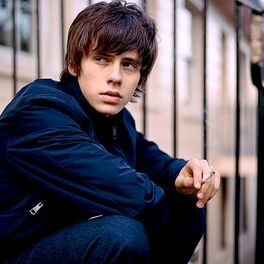 Saviours of the City

Be Someone (Cristoph Remix)

Be Someone (Skream Remix)

The Fault In Our Stars: Music From The Motion Picture

Raised on a diet of Brit pop and Bob Dylan, Jake Bugg developed through 2012 into a spectacularly popular young troubadour whose ear for infectious, acoustic melodies brought him a Number 1 album. Picking up the guitar as a 12-year-old after hearing Don McLean's song Vincent on an episode of The Simpsons, Bugg started uploading his own compositions to the BBC Introducing website for unsigned artists and, at 17, was invited to appear at Glastonbury Festival. Signed by Mercury Records, Nottingham-born Bugg toured with Lana Del Ray and Michael Kiwanuka as the music industry began to drool over early singles Lightning Bolt and Taste It. His track Country Song became part of a huge advertising campaign for Greene King IPA beer and an impressive performance on Later...with Jools Holland sent his debut album Jake Bugg straight to the top of the UK charts. He capped his incredible year by supporting heroes The Stone Roses and Noel Gallagher and earned a BRIT Award nomination for Best Breakthrough Act.