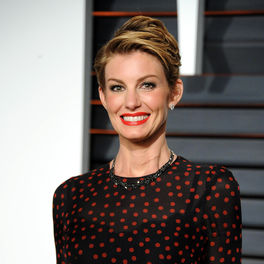 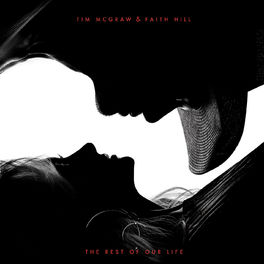 The Rest of Our Life

Take Me as I Am

It Matters to Me

Joy to the World!

Keep Your Eyes On Me

Under the Bridge - Massive 90s

Faith Hill started out playing local rodeos around Jackson, Mississippi before moving to Nashville aged 19, where she was discovered singing at the Bluebird Café and signed to Warner Bros. With her glamorous looks and sweet, rich voice, she became an instant star with her first two singles 'Wild One' and 'Piece of My Heart' (a cover of the Janis Joplin classic) both topping the US Country Charts.

Her marriage to fellow country star Tim McGraw in 1996 saw her profile rise even higher as their duet 'It's Your Love' took her into the mainstream. Polishing her rootsy twang into a more accessible pop sound, huge crossover success came with the Billboard chart-topping albums 'Breathe' (1999), 'Cry' (2002) and 'Fireflies' (2005). In 2000 she sang the national anthem at the Superbowl before heading out on tour with McGraw. The 2006 version of their joint headlining Soul2Soul concerts became the highest-grossing country tour of all time and established Hill as one of America's most popular divas.

A greatest hits album was released in 2007 featuring two brand new tracks: 'Lost' and 'Red Umbrella'. In the same year she appeared on her husband's album 'Let It Go' on the tracks 'I Need You' and 'Shotgun Rider'. A Christmas album followed the next year titled 'Joy to the World' with another new single 'A Baby Changes Everything'. She returned to the studio in 2011 to record 'A Showman's Life', a duet with George Strait, as well as tracks for her new album. She debuted several singles at the 2011 and 2012 CMA Awards, with rumours rife as to the title of her upcoming record. Five years on, the album has still not been released.

In 2016 country singers gathered to record together a single celebrating 50 years of the CMA Awards. Hill's contribution formed part of the mash-up of 'Take Me Home, Country Roads', 'On the Road Again' and 'I Will Always Love You'. She announced, alongside her husband, that she will be touring with Soul2Soul 2017, also travelling across the ocean to perform at the C2C festival in the UK in 2018.