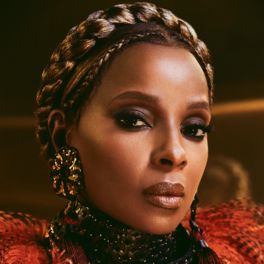 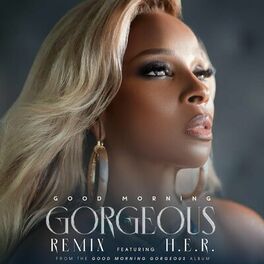 With her tough New York upbringing offsetting a powerful, husky voice, Mary J. Blige mixes the pain of old-time jazz and blues singers with slick, modern R&B aesthetics and street smart hip-hop cool to create her unique style of music. Signed by Uptown Records on the strength of a demo recorded at a local mall, Sean 'Puffy' Combs (then an A&R man) oversaw her debut album What's the 411? in 1992, which soon became a big hit reaching Number 7 in the US Album Charts and producing the Top 10 single "Real Love." From there, Blige went on to become one of America's biggest and most respected female artists, collaborating with musicians as diverse as Bono, Jay-Z, and Andrea Bocelli, notching up record sales of over 45 million and performing at President Obama's inauguration celebrations in 2009.

Her albums Share My World (1997),  Love & Life (2003), The Breakthrough (2005), and Growing Pains (2007) all topped the US album charts with "Not Gon Cry," "Be Without You," and "Family Affair" becoming her biggest hits to date. In 2012, Blige appeared as a guest judge and mentor on American Idol. She followed up this appearance with the release of a Christmas album, A Mary Christmas (2013), which managed a Top 10 position.

In 2014, she moved to London to work on new music with Sam Smith, Emeli Sandé, Naughty Boy, and Disclosure and released an album of these collaborations titled The London Sessions. The album made the Top 10 of the Billboard 200 and was named Best R&B Album of 2014 by iTunes in the UK.

As well as music, Blige has also tried her hand at acting, starring in the 1998 sitcom The Jamie Foxx Show, the 2012 film version of the stage show Rock of Ages, and the period drama Mudbound released in 2017. She has also had cameo roles in Entourage, Ghost Whisperer, and How to Get Away With Murder. Following an appearance at the Super Bowl LVI Halftime Show alongside Dr. Dre, Eminem, 50 Cent, Kendrick Lamar, and Snoop Dogg, Mary J. Blige returned to the charts with Good Morning Gorgeous (2022), which featured cameos by Anderson .Paak, Dave East, DJ Khaled, Fivio Foreign, and Usher. Shortly after its release, the album peaked at Number 14 on the Billboard 200.