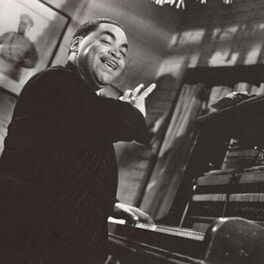 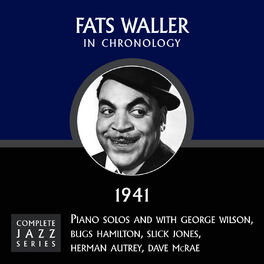 New York-born Fats Waller began playing piano professionally at the age of 15, much to the disapproval of his clergyman father. He soon rose to be one of the most popular performers of his era, known throughout the United States and Europe. A measure of his popularity is that he was once kidnapped at gunpoint and driven to a surprise party for the gangster Al Capone and ordered to play. It's rumoured the gig lasted two or three days and Waller was eventually returned safely, several thousands of dollars richer.

He wrote many songs which became standards of the day and is credited with over 400 compositions earning a fortune from both record and sheet music sales. After playing sessions with a variety of ensembles Waller eventually settled into playing with a six piece group which became known as Fats Waller and his Rhythm, which among other notable musicians featured Herman Autrey on trumpet, Gene Cedric on saxophone and the guitarist Al Casey.

Although known primarily for his skill as a swing pianist, Waller was also a talented organ player and recorded a number of pipe organ solos. He died at the peak of his fame aged just 39 from pneumonia contracted during a trans-American train journey. He was cremated and his ashes were scattered from a plane over Harlem, New York.