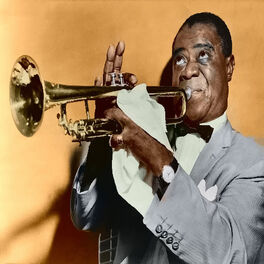 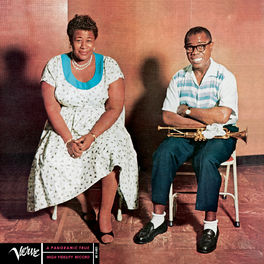 Louis Under The Stars

A Day With Satchmo

Not only was Louis "Satchmo" Armstrong one of the greatest musicians who ever lived, he was one of the most influential and best-loved. A jazz genius, he also achieved unlikely crossover success late in his career as a pop singer and his hit What A Wonderful World (recorded when he was 66) made him the oldest artist to have a Number 1. The grandson of slaves, born to such poverty that his mother was forced into prostitution Armstrong learned to play cornet at a home for delinquents and at 13 was leading his first band, going on to replace his hero Joe "King" Oliver in Kid Ory's band. In 1922 he joined Oliver in his Creole Jazz Band in Chicago but, two years later, moved on to New York. There he worked with the Fletcher Henderson Orchestra, switched to trumpet and made many seminal recordings with his own Hot Five and Hot Seven groups. Always irrepressible, he went on to work with and influence many jazz greats before reinventing himself as a distinctive vocalist on a string of unlikely pop hits. Artist biography compiled by BDS/West 10. All rights reserved