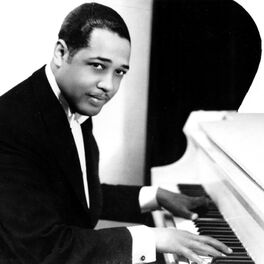 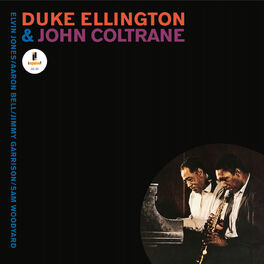 The Duke at Tanglewood

Duke Ellington And Johnny Hodges Play The Blues Back To Back

Piano In the Foreground

Piano In The Background

The Best Of Early Ellington

Fallout : Music For Your Pip-Boy

Duke Ellington disliked the term 'jazz', preferring to refer to his style of music simply as 'American'. Duke Ellington wrote more than a thousand songs in his career which spanned five decades, making a name for himself as one of America's great composers and band leaders, heading up an orchestra of jazz greats. His parents were both pianists and the young Edward Ellington was himself playing piano by the time he was seven, though at the time he had a greater interest in playing baseball and pool. With a growing interest in ragtime he composed his first tune Soda Fountain Rag at the age of 15 and formed his first group, The Duke's Serenaders, just two years later. A move from Washington D.C. to New York proved a pivotal point in his career as he became part of the great Harlem jazz resurgence, playing for various dance crazes like the Charleston and getting involved in African-American theatre. Ellington became band leader of the Washingtonians in 1924, when he first started releasing records featuring his own tunes and his band became residents at Harlem's famous Cotton Club. His fame grew rapidly as his compositions became more ambitious and he appeared in his first movie, Black And Tan. The Ellington Orchestra subsequently pioneered the popularity of Afro-American bands throughout America and the rest of the world with a series of major hits like Mood Indigo, Sophisticated Lady, In A Sentimental Mood, Caravan and collaborating with Billy Strayhorn on the classic Take The A Train. The music became more and more advanced through the 1940s with Black, Brown And Beige, a concept work telling the story of Afro-Americans from slavery to the present day, and the full-length musicals Jump For Joy and Beggar's Holiday. Ellington died of lung cancer in 1974, though his son Mercer - and subsequently his grandson Paul - continued his big band legacy as leaders of the Duke Ellington Orchestra.