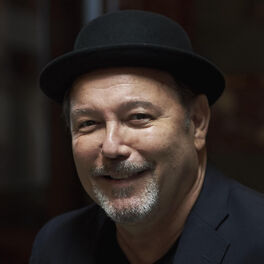 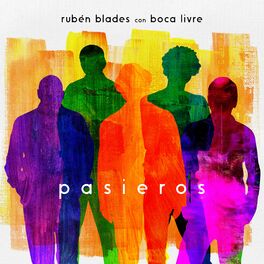 A Man And His Music: Poeta del Pueblo

One of the biggest celebrities
in the history of Panama, songwriter and actor Rubén Blades was born Rubén
Blades Bellido de Luna on July 16, 1948 in Panama City. After graduating from
law school in the mid-1970s, he moved to New York where he began to make
connections in the city’s Latin music scene by working in the mailroom at Fania
Records. He developed a strong collaboration with Willie Colón, leading to his
1975 album The Good, the Bad, the Ugly, with Willie Colón. 1977’s Metiendo
Mano featured his first well-received single, “Pablo Pueblo”, a
nearly decade old composition about the struggles of an everyday laborer. He
wrote Héctor Lavoe’s signature song “El Cantante”, and in 1978 Rubén
Blades’ album Siemba would become an international smash and establish
him as one of the most popular Salsa performers of all time as well as a lyricist
capable of capturing the beauty and humanity of common people with singles such
as “Pedro Navaja”. By the early 1980s, he became a fixture at the Grammy
Awards garnering a total of 17 nominations and 9 wins over the next four
decades. Though his music career continued, he also found steady work as an
actor starting in 1983’s The Last Fight. He had a prominent part in the 1985
Salsa musical Crossover Dreams, and in director Robert Redford’s 1988
adaptation of The Milagro Beanfield War. He became so established that
he was able to appear in several projects that had nothing to do with music
including the thriller Color of Night, an episode of The X-Files,
and the 2013 Ridley Scott drama The Counselor. Such was his popularity that
in 1994 he ran for President of Panama and received 17% of the popular vote.