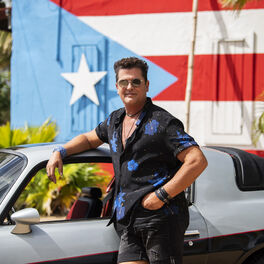 Carlos Vives is one of the most important figures of Latin music known as the pioneer of the Colombian and Latin American sound. Renowned musician, songwriter, actor and entrepreneur, Vives is one of the most acclaimed artists in Latin America. He began his career in 1982 as an actor but it wasn’t until 1986 that he began to sing ballads. In 1991, he began with the classic vallenatos, which led him into being the face of the new Colombian sound around the world. Inarguably, Carlos Vives has a refined ability to merge the traditional with the modern. His approach to taking traditional Colombian vallenato music and reviving it with pop and rock elements has taken the genre and expanded it to an international audience. In his already extended career Vives has managed to win 12 Latin Grammys and two Grammy Awards. Vives’ interpretation of vallenato music into pop hits has led to the success of his albums; in fact, he recently won the Latin Grammy, “Best Contemporary Tropical Album”, for his latest studio album VIVES. Vives has sold over 20 million albums worldwide and is recognized abroad as the greatest exponent of Colombian music with hit songs such as, ¨La Gota Fría¨,¨Fruta Fresca¨, ¨Volví a Nacer¨, ¨Bailar Contigo¨,"La Bicicleta (with Shakira)¨ and his latest hit ¨Robarte un beso.” He’s amassed 18 #1 radio hits in the US and multiple sold-outs during his last tour in the United States, Europe and Colombia. In addition, Carlos Vives leads the initiative “Tras La Perla" that seeks to add capabilities in the territory to promote the sustainable development of his hometown Santa Marta and its region.