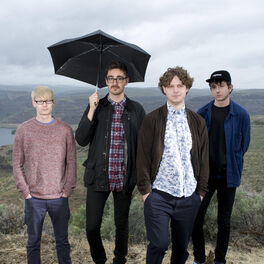 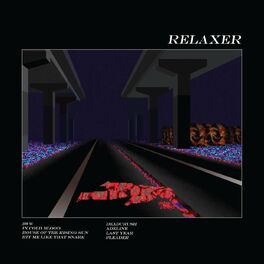 This Is All Yours

Hit Me Like That Snare (Shade / Code Orange Remix)

Formed by songwriter Joe Newman with fellow Leeds University students Gwil Sainsbury, Thom Green and Gus Unger-Hamilton, Alt-J moved to Cambridge together after graduation and started crafting a unique brand of experimental, intelligent, indie rock. Formerly known as Daljit Dhaliwal and Films, they adopted the name Alt-J from the keyboard shortcut for the alpha symbol, and with constant touring their reputation began to grow.

Filled with film and literature references, their bookish charm and delicate soundscapes were compared to Radiohead, Hot Chip and Pink Floyd as their 2012 debut album 'An Awesome Wave' received an avalanche of critical acclaim. Reaching number 13 in the UK Charts, the album won the Mercury Music Prize, was named Album of the Year by BBC 6 Music and praised for its tight, oddball rhythms, dark storytelling and meandering melodies.

In 2014 Sainsbury parted ways with the band but they vowed to carry on, announcing a US tour and a second album, 'This Is All Yours'. The album went straight to number one in the UK Albums Chart and they spent the rest of the year playing gigs and festivals. In 2017 they released their third album, 'Relaxer', preceded by the lead single '3WW' which featured Wolf Alice's Ellie Roswell as a guest singer.