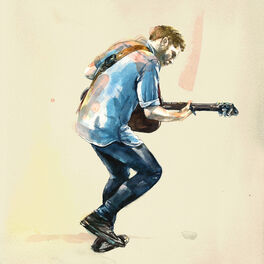 The Boy Who Cried Wolf

Young as the Morning Old as the Sea (Deluxe Version)

All the Little Lights (Deluxe Version)

Flight of the Crow

The Best of Kate Miller-Heidke: Act One

Hotly tipped and backed by major record company money, Brighton indie rockers Passenger were set to be the next big thing in the late-2000s, but when debut album 'Wicked Man's Rest' (2007) flopped, the group split and chief singer-songwriter Mike Rosenberg took to busking on the streets and living the life of a travelling troubadour. Finding himself in Australia, he continued playing under the moniker Passenger and befriended singer Josh Pyke who helped Rosenberg's album 'Flight of the Crow' (2009) become an underground favourite across the country.

Inspired by the likes of Cat Stevens, Paul Simon and Neil Young, he went on to support Ed Sheeran, Kate Nash and Jools Holland in Europe before his single 'Let Her Go' became a worldwide hit and reached number two in the UK. Full of humble, honest acoustic pop and swooning, heart-on-sleeve ballads, the fuller arrangements and grander production of fourth album 'All the Little Lights' (2012) took it to number three in the UK and affirmed Rosenberg's reputation as one of Britain's brightest young songwriters.