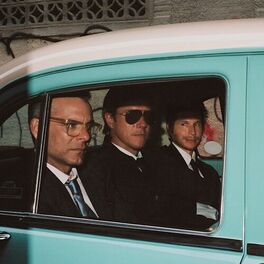 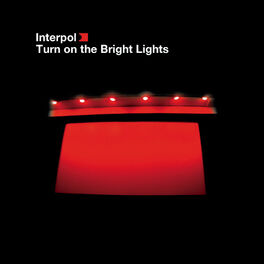 Turn On The Bright Lights

Turn On The Bright Lights: The Tenth Anniversary Edition (Remastered)

Our Love To Admire

Turn On The Bright Lights

If You Really Love Nothing

Full of dark, melancholic indie rock that soars and rumbles, Interpol became one of the most acclaimed post punk acts to rise from New York in the early 2000s. Drawing heavily on the gothic gloom and romance of Joy Division and The Cure, a session for influential Radio 1 DJ John Peel in 2001 helped their debut album 'Turn On the Bright Lights' become a cult classic in the UK.

Their burgeoning reputation sent second album 'Antics' (2004) to sales of over 500,000 with singles 'Evil' and 'C'mere' making the UK top 20 and they signed with major label Capitol Records in 2006. They supported U2 and headlined Lollapalooza festival in Chicago as 'Our Love to Admire' (2007) reached number two in the UK Albums Chart with the single 'The Heinrich Maneuver' becoming a small hit. Embracing classical influences for a more epic sound on their eponymous fourth album in 2010, the group received a 5/5 review from Q magazine; bassist Carlos Dengler left shortly after its completion.

After a brief hiatus, they returned with their fifth studio album 'El Pintor' in 2014 followed by 'Marauder' in 2018.