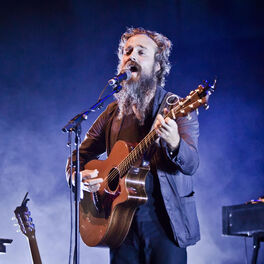 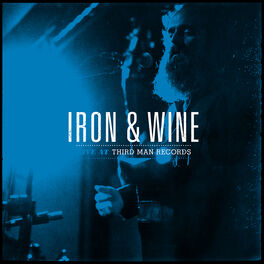 Sing Into My Mouth

Kiss Each Other Clean

Wake Up And Smell The Coffee

Live At The World Cafe, Volume 43

Raised in South Carolina, he was an all-round artist who studied painting, photography and film-making before becoming a professor of cinematography and teaching at the Miami International University of Art & Design. For years he penned songs and strummed the acoustic guitar as a hobby, but when his four-track recordings made their way to indie label Sub Pop, it led to the release of his debut album 'The Creek Drank the Cradle' in 2002. Taking his Iron & Wine moniker from a dietary book recommending "beef, iron and wine", his Southern Gothic indie folk ballads were honed on breakthrough record 'The Shepherd's Dog' in 2007 and his sound adopted 1970s soft rock influences on 'Kiss Each Other Clean' in 2011. That album proved a huge success, reaching number two in the US, and marked the evolution from his scratchy, DIY singer-songwriter roots to the force of a full band with a vivid, fuller sound which drew comparisons with Wilco, Fleet Foxes and Elliott Smith.

2013's 'Ghost On Ghost' was also well received and made the US top 30, and Beam went on to record a covers album with Band of Horses front man Ben Bridwell and collaborate with folk-jazz singer Jesca Hoop, before returning with a new Iron and Wine album 'Beast Epic' in 2017.