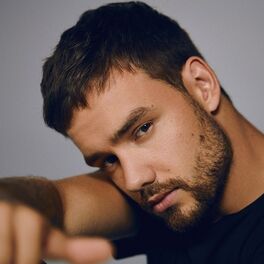 All I Want (For Christmas)

Stack It Up (Acoustic)

Liam Payne is an English pop singer who gained fame as a member of the hit boy band One Direction and went on to enjoy a successful solo career. Born in Wolverhampton in the English Midlands, he performed with a theatre company in his early teens and auditioned for the television talent show 'The X Factor' in 2008 when he was aged 14. Unsuccessful, he returned in 2010 and was ultimately teamed with Niall Horan, Harry Styles, Louis Tomlinson and Zayn Malik to form One Direction, who came third in the competition but were embraced by the audience and met with huge success in recordings and concert tours around the world.

As the band's members began to pursue solo opportunities, Payne collaborated with artists including DJ Mustard, Pharrell Williams, Juicy Jay and Jamie Scott and wrote songs for his then wife, English pop star Cheryl. His first solo single 'Strip That Down' featuring Quavo peaked at number three on the UK Singles Chart and went to number ten on the Billboard 100. 'Get Low' (2017) with Zedd reached number eleven on Billboard's Hot Dance/Electronic Songs Chart. He also had a hit with 'For You' (2018) with Rita Ora from the film 'Fifty Shades Freed'. The single reached number eight in the UK. He followed this with 'Familiar' (2018) with J Balvin which went to number 14.

In 2019, Payne released his long-awaited debut album 'LP1', which includes the aforementioned singles as well as 'Polaroid' with Jonas Blue and Lennon Stella and festive track 'All I Want (For Christmas)'.