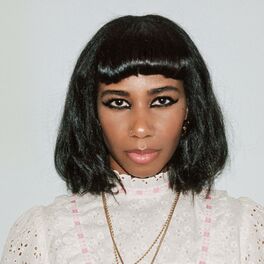 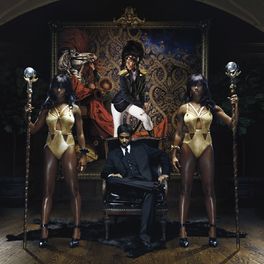 Master of My Make-Believe

Master of My Make-Believe

Who Be Lovin Me (feat. ILOVEMAKONNEN)

Can't Get Enough Of Myself (feat. BC Unidos)

by Santigold, BC Unidos

Formerly the lead singer of punk rock band Stiffed, alternative rock singer-songwriter Santigold has transcended genres to bring in influences from 1980s electro-pop to indie rock to the occasional croon-tune. While still in Stiffed, White was offered a solo contract by the record company and fellow Stiffed member John Hill co-produced her debut album, Santogold released in 2008. White changed her name from Santogold to Santigold in 2009, allegedly as a result of the jeweller Santo Gold threatening legal action. Following the success of the album, White collaborated with a range of artists to create a unique and almost indefinable sound that encompasses alternative rock, indie and electronica. These included Chuck Treece, Freq Nasty, Clifford Pusey, Trouble Andrew and Switch. Also from the album came her biggest singles success in the UK and US, with Creator and L.E.S. Artistes. She has further collaborated on a number of albums for other artists including Christina Aguilera, Basement Jaxx and DJ collective N.A.S.A.