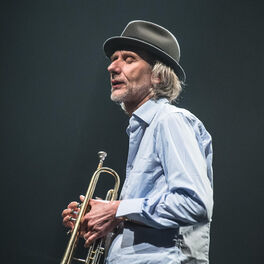 In Between (Edition Deluxe)

The Walk Of The Giant Turtle (Edition Deluxe)

The Walk Of The Giant Turtle

Erik Truffaz is a French trumpet player who grew up in the region of Gex. His father was a saxophone player and from the age of ten he performed with his father's band and other local outfits. Inspired by hearing Miles Davis's 'Kind of Blue' he became a student at the Geneva Conservatoire in Switzerland and added classical music to his repertoire.

He formed the jazz-funk group Orange, including his long-standing ally drummer Marc Erbetta, which played Truffaz's own compositions. He made his first appearance at the Montreux Jazz Festival in 1991 and also toured in later years in Europe, Russia and Brazil. Truffaz released his debut album 'Nina Valeria' in 1994, followed by 'Out of a Dream' in 1997 and 'The Dawn' in 1998.

Signing to Blue Note Records, he released the Miles Davis-influenced album 'The Mask' in 2000. On his next albums 'Revisite' (2001) and 'Mantis' (2002) he was fusing jazz with drum & bass and hip-hop influences.

Truffaz released two albums in 2003, 'Walk of the Giant Turtle' and 'Bending New Corners', both featuring rap influences. He continued to merge genres, with his 2007 album 'Arkhangelsk' merging pop, French chanson and jazz and featuring Nya, Christophe and Ed Harcourt. His 2008 album 'Benares' was inspired by time spent in Calcutta, India. The albums 'Mexico' and 'Paris' came out in that same productive year.

Several more works followed, but on the 2015 album 'Doni Doni' drummer Marc Erbetta departed to be replaced by Arthur Hnatek. In 2019 he released the album 'Luna Rouge'.