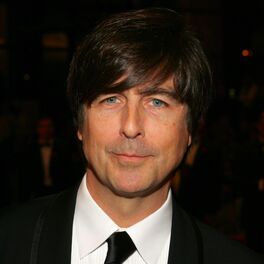 The Highwaymen (Music From the Netflix Film)

Thank You for Your Service (Original Motion Picture Soundtrack)

Café del Mar | The Best Of

Thank You for Your Service (Original Motion Picture Soundtrack)

Last Night The Moon Came Dropping Its Clothes In The Street

Thomas Newman is a film score composer who comes from a dynasty of composers which includes his father Alfred, brother David, sister Maria, uncles Emil and Lionel and cousin Randy. Thomas Newman's contribution to the family's list of film score compositions includes some of Hollywood's most successful films and he remains one of the film industry's most prolific and consistently successful score writers.

After starting out writing for musical theatre he worked with mentor Stephen Sondheim on a number of Broadway plays before being invited to work with composer and family friend John Williams writing some parts of 'Return of the Jedi' (1983). His next assignment was to write the score to 'Reckless' (1984) starring Daryl Hannah. Newman found the transition from writing theatre music to scoring films to be quite difficult and remarked that it took him a further eight years before he was comfortable with his efforts. Newman's modest observations belie the fact that he has composed the music for blockbusters and award-winners such as 'The Shawshank Redemption' (1994), 'American Beauty' (1999), 'Wall-E' (2008) and 'Skyfall' (2012), writing more than 60 complete scores during his successful career and frequently collaborating with director Sam Mendes. He has also written music for TV programmes and been the recipient of numerous awards including two BAFTAs and six Grammy Awards. An Academy Award still eludes the composer despite being nominated on 15 occasions, most recently for '1917' (2019).