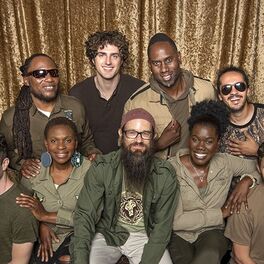 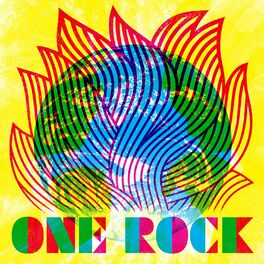 The Gathering of the Elders

Each One Dub One

Each One Teach One (Remixed & Remastered)

The Next Generation Live

by Groundation, Israel Vibration, The Abyssinians

Reggae on the River Collection

Lounge Tunes 1.0 (The Finest Selection of Smooth and Chill Out Music)

Hemp! A Reggae Tribute to The Beatles, Vol. II

Groundation are an American reggae ensemble established in California in 1999 on the campus of Sonoma State University where singer and guitarist Harrison Stafford, keyboard player Marcus Urani and bassist Ryan Newman were in the jazz programme; they took their name from the Rastafarian celebration Groundation Day. Various musicians have been part of the band since then and the current line-up features Stafford, keyboard player Will Blades, Isaiah Palmer on bass, Jake Shandling on drums, Eduardo Gross on guitar, Craig Berletti on keyboards and trumpet, Roger Cox on saxophone and vocalists Brady Shammar and Aleca Smith.

Noted for a sound that fuses reggae with Latin and African influences featuring horns and soul harmonies, the band made their debut in 1999 with the album 'Young Tree'. They have had three releases on Billboard's Reggae Albums Chart: 'Here I Am' which peaked at number ten in 2009, 'Building an Ark' which went to number five in 2012 and 'A Miracle' which reached number three in 2014. They released 'Each One Dub One' in 2016 with 'Groundation: The Next Generation', with a new aggregation, set for release in September 2018.