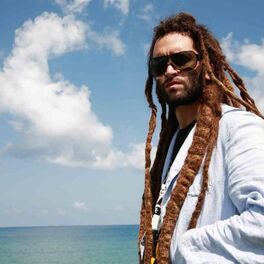 Using the stage name Alborosie, Alberto d'Ascola is an Italian singer-songwriter of Albanian heritage who took an interest in the Rastafari movement and reggae music as a teenager. He was a member of local band Reggae National Tickets from the age of 15 using the name Stena and in his early 20s he moved to Jamaica where he worked in record production until his first album, 'Soul Pirate', as Alborosie, came out in 2008.

His 2010 release, 'Escape from Babylon to the Kingdom of Zion', went to number six on Billboard's Reggae Albums Chart followed by '2Times Revolution' (2011) which reached number 12. 'Sound the System' (2013) peaked at number three, 'Specialist Presents Alborosie & Friends' (2014) and 'Dub of Thrones' (2015) with King Jammy got to number seven with 'Freedom & Fyah' reaching number two. He has toured internationally with his Shengen Clan Band.

His 2018 release 'Alborosie Meets the Wailers United' reached number six on the Reggae Chart and his 2018 schedule included appearances at the Reggae Lake Festival in Amsterdam, Estragon in Bologna, Italy, One Love Reggae & Ska Festival in Bath, England, Closer to the Sun 2018 in Puerto Aventuras, Mexico with Jamming Festival in Bogota, Colombia set for 2019.