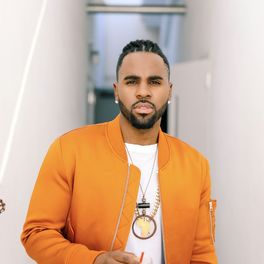 If You Leave Me Now - Timeless Ballads

So Am I - Electropop Anthems

Originally a songwriter for Lil Wayne, Sean Kingston and Danity Kane, Jason Derulo recovered from a broken neck to become one of the big US R&B stars and score a string of hit singles. Growing up in Miami, Florida, Derulo (real name Jason Desrouleaux) learned his trade at performing arts schools and wrote his first song at 16 before going on to get his big break when he won the grand final of the televised talent contest Showtime at the Apollo in 2006. Signed to Los Angeles label Beluga Heights in 2009, he sampled Imogen Heap's track Hide And Seek on debut single Watcha Say which, after featuring on hit TV show The O.C, shot to Number 1 in the US chart. His strutting, dance floor soul went on to top the UK charts with In My Head and Don't Wanna Go Home and he supported Lady Gaga on her Monsters Ball tour. Disaster struck in 2012, however, when he slipped rehearsing dance moves, landed on his head and seriously fractured a vertebrae. Supported by girlfriend Jordin Sparks it took him over a year to fully recover, but he returned with top five album Tattoos (2013) and scored his third British Number 1 with Talk Dirty (featuring 2 Chainz). Artist biography compiled by BDS/West 10. All rights reserved