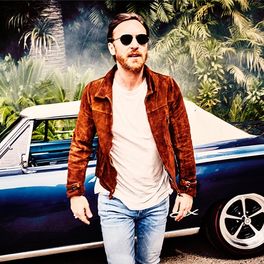 Another Life (The Remixes)

Shed A Light (The Remixes Part 2)

Shed A Light (The Remixes Part 1)

Starting out DJ-ing and promoting his own club nights around France in the late 1980s, David Guetta was given an early break when he talked Chicago house legend Robert Owens into recording vocals on what became the small hit 'Up and Away' in 1994.

Forming Gum Productions in 2001, his reputation continued to grow with the club anthem 'Just a Little More Love' and a hugely popular electro-clash remix of David Bowie's 'Heroes' called 'Just for One Day'. In 2006 his mash-up of his own track 'Love Don't Let Me Go' with The Egg's 'Walking Away' gave Guetta a number three single in the UK, before he scored massive success with fourth album 'One Love' (2007). Reaching number two in the UK, it featured chart-topping singles 'When Love Takes Over' with Kelly Rowland and 'Sexy Bitch/Sexy Chick' with Akon and sealed his status as a superstar DJ and highly sought after producer.

In 2009 Guetta produced The Black Eyed Peas' number one hit single 'I Gotta Feeling' which became the most downloaded song in history and earned him a Grammy nomination for Record of the Year. He also co-wrote and produced Kelly Rowland's single 'Commander' which peaked at number one on Billboard's Hot Dance Club Songs Chart. He released his fifth album 'Nothing But the Beat' in 2011 and starred in a biographical documentary of the same name. In 2012 he started his own record label Jack Back Records to enable him to veer away from dance to focus on electronic music.

He continued to tour, perform and collaborate with big names including Rihanna, Lady Gaga, Britney Spears and Emeli Sandé before releasing his sixth record 'Listen'. Guests on the album included Sia, Nicki Minaj, The Script and Afrojack with the title track featuring John Legend. His seventh album, titled '7', was released in 2018 and featured collaborations with Justin Bieber, Jess Glynne and Martin Garrix.