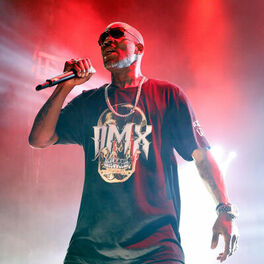 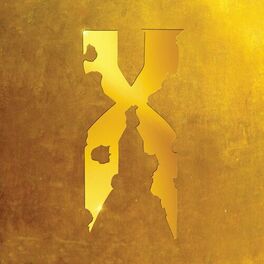 It's Dark And Hell Is Hot

The Best Of DMX

Flesh Of My Flesh, Blood Of My Blood

Redemption of The Beast

Year Of The Dog...Again (Explicit)

It's Dark And Hell Is Hot

The Definition of X: Pick Of The Litter

Flesh Of My Flesh, Blood Of My Blood

by The LOX, DMX

From the late-1990s through the early 2010s, DMX was the heavyweight champion of hardcore rap, combining gangsta lyrics and a gruff vocal delivery into six chart-topping studio albums. He was born as Earl Simmons in Mount Vernon, NY, on December 18, 1970. A teenager with a violent, troubled past that included gang activity, he began building an audience in New York thanks to his self-produced mixtapes. Signed by Columbia in 1992, he released his debut single, "Born Loser," the following year, yet failed to make much of an impression in a hip-hop scene dominated by acts like 2Pac and Notorious B.I.G. Following the subsequent deaths of those two rap icons, DMX became one of hip-hop's newly-crowned kings with 1998's It's Dark and Hell is Hot, which sold four million copies on the strength of hit singles like "Ruff Ryders' Anthem." The album climbed to Number 1 on both the Billboard 200 and the Top Rap Albums chart, as did its five follow-ups: 1998's Flesh of My Flesh, Blood of My Blood, 1999's Grammy-nominated ...And Then There Was X, 2001's The Great Depression, and 2003's Grand Champ. Year of the Dog...Again arrived in 2006 and became DMX's first album not to debut atop the charts, while 2012's Undisputed peaked at Number 12. Although he remained a pop-culture icon throughout the decade, DMX's place in the mainstream had largely faded by the early 2020s, when the rapper suffered a heart attack and died on April 9, 2021. He was 50 years old.