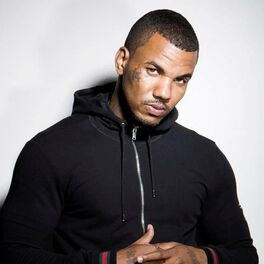 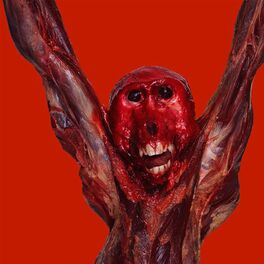 by The Game, Kanye West

Blood Moon: Year Of The Wolf

Welcome To My Childhood (feat. The Game & AK4Play)

by Jc Llamas, The Game, AK4PLAY

by Dobby Marciano, The Game

by Pharoah Lotto, The Game

Locked In (feat. The Game)

by Money Gesus The Profit, The Game

by Michael Suavé, The Game

by Deuce P, The Game

by BNF Qui, The Game

Conversations By The Fire (feat. The Game)

by Bailey Hutton, The Game

by Hef Swazey, The Game

by Grindstone, The Game

by K-Lo Master Outlaw, The Game

Born into the tough neighbourhood of Compton, LA where the Bloods and the Crips gangs ruled the streets, Jacyeon Taylor (aka The Game) was kicked out of a basketball scholarship at Washington State University before being shot five times which left him in a coma for three days. Using music as his escape route, he was taken under the wing of Dr Dre and released his major debut The Documentary (2005) to a huge response. Featuring contributions from Kanye West, 50 Cent, Eminem, Busta Rhymes and Mary J Blige, the album shot straight to Number 1 in the US, going on to sell over 6 million copies worldwide and producing the hit singles How We Do and Hate It Or Love It. A high profile "beef" with former friend 50 Cent saw The Game part company with Dr Dre and his record label shortly after, but he again topped the US charts with second album Doctor's Advocate (2006). Ongoing spats with Suge Knight, Lil Eazy E and Jay-Z have further increased The Game's notoriety, while third album LAX (2008) continued to pay homage to the history of West Coast gangsta rap.