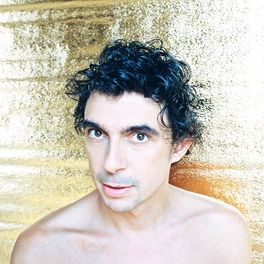 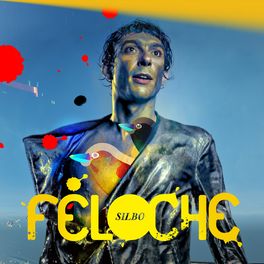 Listen up! It’s Féloche introducing the sassy sound of his mandolin, and his crazy, romantic style. Féloche has seen the world, and by that, we don’t just mean he’s travelled. Wherever he goes, he makes friends, with his huge, bright smile that seems bigger than he is. Everywhere he goes, he becomes a local, whether he’s on the island of La Gomera, in New York, Ukraine, Romania or Argenteuil. He shares and people share with him: compelling stories, a whistle from paradise, vintage sounds dipped in dirty rock, beats, flow, and inspiration. Féloche has summoned all his heroes, myths, experiences and dreams to his mixing desk for the musical revelry that is his second album, Silbo. “Silbo” Silbo is the whistled language of the island of La Gomera in the Canary Islands, where it’s still used by people to communicate across the mountains. UNESCO has classed this treasured language as “intangible cultural heritage of humanity”. It was passed on to Féloche by his stepfather, the separatist Bonifacio Santos Herrera, along with a deep love for the country from which he was exiled. At the age of 11, Féloche travelled alone to the island; the journey changed him forever. The song, which was initially intended to appear on the album as a private tribute, was suddenly catapulted into the public domain. In France, its emotional gravity didn’t escape the sharp ears of some radio DJs, who played it to their audiences. It spread across the Mediterranean like wildfire and exploded in La Gomera, where it received coverage in newspapers, on the news, and even in schools, right up to the highest level. The population of La Gomera celebrated this incredible tribute to their culture and their ill-fated brother, Bonifacio. Roxanne Shanté, the mother of New York rap, taught Féloche all he needed to know about flow when he was a kid. Yet, working with her seemed like a distant dream, until she finally appeared on the scene for the hip-hop duet “T2Ceux”. It took Féloche time to reach Rona Hartner. Just like the Toni Gatlif’s Gadjo Dilo, he found her on his quest for sound. In his arms, she sang the Balkan trance “Mythologie”. In “Je Ne Mange Pas 6 Jours” Oleg Skrypka, the singer from the cult Ukrainian group VV, lays down her vocal over a romantic, relentless techno beat. The track’s title is now the most popular French phrase in Russia and the Ukraine, where Féloche toured with VV a few years ago. The guitar has no place in this energetic, decadent celebration. With his heartfelt playing, Féloche captures the soul of his mandolin. With it, he shifts the parameters of disco, techno and hip hop, paying pure homage to Prince’s 1980s funk in “NYC: ODC” and the Stones’ Honky Tonk piano in "Mémoire Vive”. The soul of this faltering poet is laid bare through his mandolin. For the track “A La Légère”, Féloche fulfilled a crazy dream of his to play with an orchestra of mandolins. He brought in 64 mandolinists aged 7 – 87, from Estudiantina d’Argenteuil. Together, they and Féloche will whisk you away in a flurry of the track. In the expressive, resounding language of Silbo, Féloche confirms what he promised in his first album, La Vie Cajun: to make international music that flies the flag for French humour. His attention to detail and perfectionism leave him no respite. He throws himself with the same sincerity into every aesthetic, exploratory, humoristic, political, graphic and scenographic dimension opened up by his music.