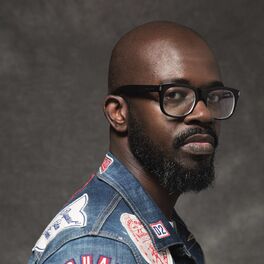 Wish You Were Here (Remixes)

Gardens of Eden / Trip to Lyon

Wish You Were Here

Nkosinathi Innocent Maphumulo, who goes by the name Black Coffee, is a South African DJ and record producer who won the award as Breakthrough DJ of the Year at the 2015 DJ Awards in Ibiza, Spain. Born in the Eastern Cape, he studied jazz at what is now the Durban University of Technology and in 2005 he released a remix of 'Stimela', which had been a hit for Hugh Masekela in 1972. He has released albums titled 'Have Another One', 'Black Coffee', 'Home Brewed', 'Africa Rising' and 'Pieces of Me'. He has performed at the Coachella Valley Music and Arts Festival in California and the Ultra Music Festival in Florida.

He featured with Jorja Smith on Drake's 2017 single 'Get It Together' and his 2018 track 'Drive' with David Guetta featuring Delilah Montagu. EP 'Music Is King' came out at the close of 2018 and he performed at venues in South Africa, America, France and Spain with his 2019 schedule including appearances at venues in Mexico and Switzerland.