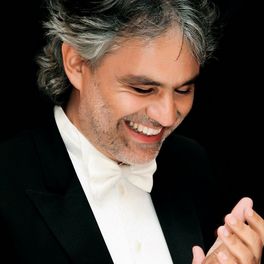 Music For Hope: From the Duomo di Milano

Fall On Me (From Disney's "The Nutcracker And The Four Realms")

We Will Meet Once Again (with Andrea Bocelli)

The World Of Pavarotti

Bocelli grew up on a farm 40 km south of Pisa and, born with the eye disease glaucoma, he went completely blind after a footballing accident when he was 12. He threw himself into music, mastering numerous instruments, including piano, flute, saxophone, harp, guitar, trumpet, trombone and drums and at the age of 14 he won his first singing competition performing O Sole Mio. Bocelli studied law at the University of Pisa and, after qualifying, he performed in bars at night. Italian rock star Zucchero used him to demo one of his songs, Miserere, to send to opera superstar Luciano Pavarotti as a rock-operatic duet. And after the Zucchero-Pavarotti duet became a major hit, Zucchero took Bocelli on tour with him to perform it live. His career never looked back. He subsequently became rock's favourite opera crossover artist, appearing in many prestigious opera shows while collaborating on recordings with everyone from Christina Aguilera to Mary J. Blige. Artist biography compiled by BDS/West 10. All rights reserved