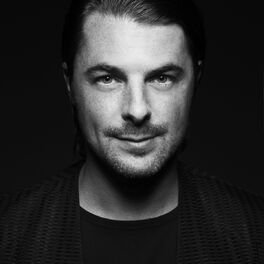 Center of The Universe (Remixes)

What A Wonderful World

Nothing But Love (Remixes)

Leave The World Behind

What A Wonderful World

I Found U (Remixes)

You won’t find Axwell resting on the laurels of a decade of unflinching influence in electronic music. The four-time Grammy nominated solo artist turned Axwell Λ Ingrosso cohort comes renowned for bringing a melodic flare to the house music world, one that has subsequently seen the Swedish icon evolve into a festival favourite and sought after production force with an arsenal of IDs under his belt. Scoping high profile remix credits for acts as varied as Madonna, Faithless and Moby whilst also taking the reigns of production work for both Usher and Flo Rida, his is a legacy that has both defined and outgrown the club floor on numerous occasions. Be it Madison Square Garden, Coachella or V Festival, Axwell has further managed to take his musical output to the masses without ever neglecting the club floor or his ability to deliver. 2016 kick started with ‘Barricade,’ Axwell’s much anticipated first solo single since 2013’s ‘Center of the Universe.’ With promise of new solo and collaborative material on the horizon and a whirlwind summer schedule ahead, Axwell remains an essential Scandinavian dance export.