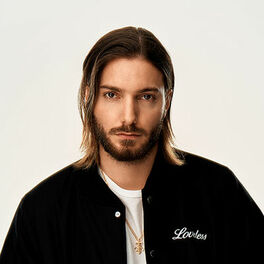 Heroes (we could be) (The Remixes)

Is That For Me (Chachi & Dstar Rumble Remix)

Is That For Me (3LAU Remix)

Is That For Me (Remixes)

Is That For Me

Allesandro Lindblad, who goes by the name Alesso, is a Swedish DJ who specialises in progressive, house and pop music with a career that has taken off since the release of a self-titled EP in 2010. Born in Stockholm, he played music as a child and developed an interest in electronic music and was later mentored by DJ Sebastian Ingrosso. He has appeared at major festivals such as Creamfields, Coachella, the Electric Daisy Carnival and Tomorrowland and worked with artists such as Calvin Harris, Tove Lo, Roy English and Hailee Steinfeld.

In 2012, he toured with Madonna on her MDNA tour and his debut album, 'Forever', topped Billboard's Top Dance/Electronic Albums Chart in 2015. He ranks in the world's Top 20 DJs according to DJ Magazine and his 2013 single 'Under Control' with Calvin Harris featuring Hurts topped the UK Official Singles Chart and went to number 12 on Billboard's Hot Dance/Electronic Songs Chart. 'Heroes (We Could Be)' with Tove Lo reached number two on the Dance Chart, number six in the UK and number 31 on the Billboard Hot 100. 'Cool' (2015) featuring Roy English went to number ten in the UK and reached number 14 on the Dance Chart and 'I Wanna Know' (2016) featuring Nico peaked at number 13. 'Let Me Go' with Hailee Steinfeld featuring Florida Georgia Line & Watt went to number two on the Dance Chart and number 40 on the Hot 100 in 2018. His 2018 schedule included several dates in Las Vegas and an appearance at the Escapade Music Festival in Ottawa, Canada.