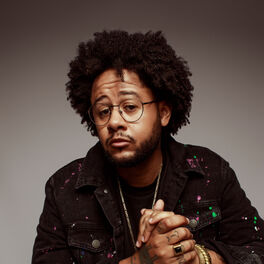 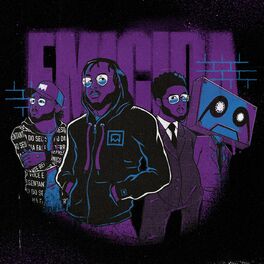 Ever since he started taking his first steps in rap battles in 2006, Leandro Roque de Oliveira, a.k.a. Emicida knew he wanted a solid career. Maybe he didn’t know then that he would build foundations solid enough that go beyond his own path. By doing that, he became the biggest reference of his generation in rap music and also created, alongside his brother Evandro Fióti, the label/agency Laboratório Fantasma, which is responsible for artists such as Rael and Drik Barbosa. LAB is also a recording studio, creative studio, production company, label, music studio, and streetwear brand, being a business that is held as a success case in the scene and serves as inspiration in the music industry. But beyond success, Emicida - through LAB - wants to touch people’s lives (he rhymes as a mission to be the spokesperson for whoever was never heard before). And the soundtrack of the life of the artist from the north side of São Paulo was perfect to tell that story. When releasing his first mixtape, Pra Quem Já Mordeu um Cachorro por Comida Até que Eu Cheguei Longe (2009), Emicida caught the attention of the critic, the public and every producer in town. The album, which was burned and printed one by one and sold by the artist himself for mere two Reais in the streets of São Paulo, took him to the biggest national and international festivals, including Rock in Rio, Roskilde (Denmark) and Coachella (USA). After two mixtapes and two EPs, the rapper from São Paulo went beyond his rap niche with his first studio album, O Glorioso Retorno de Quem Nunca Esteve Aqui (2013), featuring Pitty, Wilson das Neves, Tulipa Ruiz, and others. “It’s not just about being in-your-face, with scenarios being thrown at the listener. There’s lucidity, music, and, mainly, poetry”, reviewed O Globo newspaper at the time. The same thing happened with its successor, Sobre Crianças, Quadris, Pesadelos e Lições de Casa (2015). Inspired by a trip to Angola and Cape Verde, it brought renowned artists like Caetano Veloso and Vanessa da Mata to feature in the album. This album which was nominated to the Latin Grammys - Emicida’s other nomination came with the song “A Chapa É Quente”, from the Língua Franca (2017) project, a partnership where himself, Rael and Portuguese rappers Capicua e Valete celebrated their common mother tongue. Parallel to that, Laboratório Fantasma was giving a decisive step to consolidate the brand LAB. In 2016, they premiered at São Paulo Fashion Week, the biggest fashion event in Latin America, with a historical runaway show. “Fortunately, LAB’s runaway show does not look at all like what is usually seen in SPFW. Just considering the choice of models, which are 90% people of color and plus-size models, the brand stands out”, O Estado de S. Paulo newspaper talks about the premiere. "Beauty is understood in a very poor way, we wanted to enrich that, putting people I see on the streets in the spotlight. We all lose when we can’t recognize that beauty", Emicida said at the time. The rapper's discography got a new episode in 2018 when he released his first live DVD. The concert was recorded in the previous year, on November 20th, Black Conscience Day in Brazil, using the 10 years of his single “Triunfo” as a motto. Other accomplishments in 2018 for Emicida were the single “Hacia El Amor”, with the franco-cuban duo Ibeyi; and his first children’s book, named Amoras. In 2019 LAB turns 10 years old, and Emicida can now look back accomplished, but still aiming at the future. He can fully grasp what’s been done so far: a social experiment still under construction. Now he’s preparing for his next studio album, which already has three singles released: “Eminência Parda”, “AmarElo” (which also gives the album’s name), and “Libre”, a collab with franco-cuban duo Ibeyi.