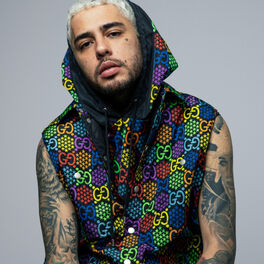 The American rap artist known as Dalex is of Puerto Rican origin and was born Pedro Torres in Philadelphia in 1990. At the age of 12 he returned to Puerto Rico and continued his schooling, where he studied hairdressing, before relocating back to the US and settling in Orlando, Florida. He began to pursue his interest in music and secured a management deal with Anakin Ent. who partnered him with the rapper Jayma and they began to perform as a duo, recording a series of albums and singles.

In 2018 Torres had his breakout single as a solo artist when he released 'Pa Mi' and it made the top 20 in the US Latin charts and sold well across Latin America, eventually being certified triple platinum.

'Pa Mi' is one of four platinum-selling singles released by Torres and he built up a significant fan base for his work across many Latin American countries, most notably Argentina.