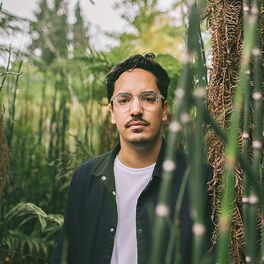 Just a Song Before I Go

Live at the Union Chapel

Time Is a Riddle

The Breakneck Speed Of Tomorrow

Strange and Beautiful (I'll Put a Spell on You)

Why Does It Always Rain on Me?

Since he first appeared on the UK folk scene in 2012, the songwriter Luke Sital-Singh has developed a considerable following for his music. Despite receiving mixed reviews, his debut album 'The Fire Inside' reached number 43 in the UK Official Charts shortly after its release in 2014. An album breaking into the lower reaches of the Top 50 might not sound like a noteworthy achievement but for a folk artist to do so with his debut release is quite unusual, and the artist is credited with having brought a resurgence of interest into a genre which has been in a slow decline since the 1970s.

One of the keys to Sital-Singh's success has been the way a number of his tracks have been adopted by TV networks and used in various popular productions such as 'Suits', 'The Wrong Mans', 'Frequency' and even the BBC sports programme 'Match of the Day'.

With three studio albums to his credit and 20 single releases, Sital-Singh's interpretation of folk has made him one of the most successful folk artists to appear on the UK music scene in many years.