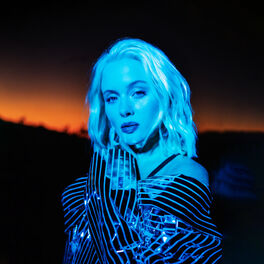 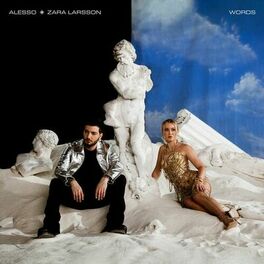 Invisible (from the Netflix Film Klaus)

Holding out for You (feat. Zara Larsson)

Born in Solna, Sweden, Zara Larsson (December 16, 1997) displayed her musical talent at a very young age when she shot to fame in her homeland as the winner of a television talent contest at the age of ten. She has retained immense popularity in Sweden and has earned international attention with hit records in the UK and America. She is featured on British electronic band Clean Bandit's 2017 hit “Symphony,” which topped the Billboard Dance Club Songs Chart and went to Number 35 on the Mainstream top 40. She has had seven singles in the Top 40 on the UK's Official Charts including “Never Forget You” (2015) with MNEK and “Lush Life” (2015), plus several high-profile collaborations such as “Girls Like” (2016) with Tinie Tempah and “This One's for You” (2016) with David Guetta. Her 2017 album So Good peaked at Number 7 on the UK Official Albums Chart and Number 26 on the Billboard 200. In subsequent years, Zara Larsson began unveiling her highly-anticipated third LP in dribs and drabs, releasing the single “Ruin My Life” in 2018 and “Don’t Worry Bout Me” and “All the Time” in 2019, followed by 2020’s “Love Me Land” and “Wow.” Poster Girl finally saw the light in 2021 and spawned a sixth single titled “Talk About Love,” featuring American rapper Young Thug.