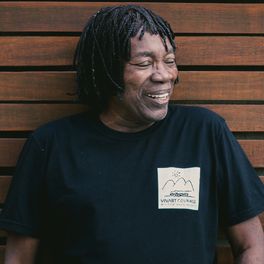 Undeniably one of Brazil's greatest stars, Milton Nascimento is the man whose transformative early work fusing Africanized jazz with Latino-American folk allowed an entire generation of artists to free themselves from the bossa nova. An excellent guitarist, a singer with an astonishing tonal range, and a prolific composer, he is also one of those performers whose concerts remain forever etched in the memory. Milton Nascimento has sung with friends from all around the world and all musical trends. From Wayne Shorter to the Woodland Folk, Duran Duran, Esperanza Spalding, Jason Mraz, Elis Regina, Peter Gabriel, Tom Jobim, Herbie Hancock, Jon Anderson, Chico Buarque, James Taylor, Mercedes Sosa, Caetano Veloso. Rio de Janeiro, New York, Lac-Beau-Port, Belo Horizonte, Montreal, Tokyo, Istambul, Salvador, Havana, Copenhagen, São Paulo, Quebec, Porto Rico, Tiradentes, Santiago de Compostela, Hong Kong, Porto Alegre, over 300 cities in the world have already registered their admiration for the singer. He has sung in Vienne, in the same room where Mahler presented his second symphony. In Paris, the then president François Mitterrand postponed the reopening of the Louvre Museum so he could attend Milton's concert at La Villete. In Los Angeles, he had his name registered at the Royce Hall, where Albert Einstein once presented his Relativity Theory. In Philadelphia, he was given a replica of the Liberty Bell. In his jaunts of the world, Milton has sided with several campaigns and has been granted several tributes. He was granted the Ordem do Rio Branco, Medalha da Inconfidência e Medalha Alferes Tiradentes. He recieved the keys to New York City; was dubbed Chevalier des Arts et des Lettres by France, participates in the Alliance of the Woodland Folk, Amnesty International, Fondatión France Liberté; acts along with Greenpeace. Milton already recorded more than 40 albums. The most famous are "Courage (1969)", "Clube da Esquina (1972)", "Native Dancer (1976)"- with Wayne Shorter; "Journey to Dawn (1979)", "Missa dos Quilombos" (1982), "TXAI (1990)", "Angelus (1993)"and "Nascimento (1997)". His success on the stages of over 20 countries where Milton has always sung of Brazil legitimizes his talent. Talent which has granted him five Grammy awards, and set his name several times in the top hits lists of DownBeat and Billboard. Talent that renders him applauses from hands which speak many different languages, in a single one: the language of the heart, expressed through his music. Milton Nascimento, a boy raised in Três Pontas, in the countryside of Minas Gerais, took his singing beyond the mountains and became a citizen of the world.