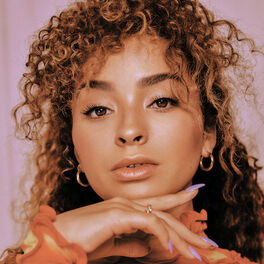 Ella McMahon, aka Ella Eyre, is an English singer-songwriter of Jamaican and Maltese heritage who has garnered attention for a mix of R&B, pop, soul, electronic, dance and drum & bass through collaborations with other artists. Born in London, she studied at the BRIT School for Performing Arts and in 2012 featured on a mash-up of 'No Scrubs' by TLC and xx's 'Angels', mixed by Bastille. She featured on Rudimental's 'Waiting All Night', which topped the UK Singles Chart in 2013 and she released an EP titled 'Deeper' in 2014, placing second in the BRIT's Critics' Choice Awards. She also featured on DJ Fresh's 'Gravity', which peaked at number four on the UK Singles Chart in 2015.

She won the MOBO Award for Best Female Act in 2015 and toured internationally. 'Came Here for Love' (2017) with Sigala went to number six on the UK Singles Chart, 'Answerphone' (2018) with Banx & Ranx featuring Yxng Bane reached number six and 'Just Got Paid' (2018) with Sigala, Meghan Trainor and French Montana peaked at number eleven. Her 2015 debut album 'Feline' went to number four on the UK Albums Chart and her 2019 schedule was to include an appearance at the Sundown Festival in Norfolk.