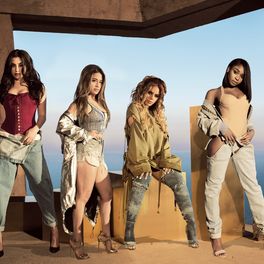 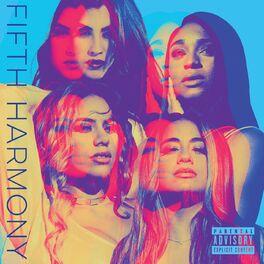 Better Together (The Remixes)

by United DJ’s of Workout

Originally entering the US series of 'The X Factor' as individual solo acts, Lauren Jauregui, Ally Brooke, Dinah Jane, Normani Kordei and Camila Cabello were turned into girl group Fifth Harmony by the talent show's producers, and went on to finish third in the competition behind winner Tate Stevens in 2012.

Signed to judge Simon Cowell's label Syco Music, they released debut EP 'Better Together' the following year and evolved fully into glossy, slinky R&B pop starlets with the album 'Reflection' in 2015. Featuring guest appearances from rappers Tyga and Kid Ink, the album reached number five in the US and was seen as edgier than most girl group pop, with scatter-gun, electro rhythms and ambient loops.

The quirky mix of the girls' different vocal styles also stood out as unique, and they went on to collaborate with Missy Elliot, Ty Dolla Sign and Fetty Wap on the swaggering follow-up '7/27'. Singles 'Worth It', 'Work from Home' and 'All in My Head' all became big-selling, worldwide hits and they made a guest appearance on Colombian singer Maluma's track 'Sin Contrato', but lengthy tours and rising tensions took their toll on the group and Cabello quit in 2016. They returned as a four-piece with a tougher and more empowered outlook, and worked with producer Skrillex on single 'Angel' and for the first time co-wrote most of the tracks on third album 'Fifth Harmony'.