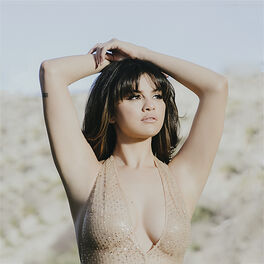 Come & Get It Remixes

Rare (Live From The Village Studio)

From an Hispanic background, Selena Gomez was mostly raised by her mother - former actress Amanda Teefey - and developed her interest in the stage at a young age. She got her first break when she was 10 in the 2002 TV series Barney & Friends and made her film debut a year later in the movie Spy Kids 3-D Game Over. She went on to play Mikayla in the Disney Channel series Hannah Montana and then took the lead role of Alex Russo in Wizards Of Waverly Place. Her first record was the theme song from the series, Everything Is Not What It Seems. Dating fellow Disney star Nick Jonas at the time, Gomez starred in the video for the Jonas Brothers hit Burnin' Up and recorded her own tracks like Cruella de Vil and Fly To Your Heart (soundtrack to the animated film Tinker Bell). She then sang on the Forever The Sickest Kids single Whoa Oh (Me Vs Everyone) and, on the back of an appearance in the movie Another Cinderella Story, had her first hit in 2009 with Tell Me Something I Don't Know. She also appeared in the reality series Jonas Brothers: Living The Dream and recorded the song One And The Same with her close friend Demi Lovato. She subsequently decided to concentrate on her music, forming the band Selena Gomez & The Scene and recorded her 2009 debut album Kiss & Tell, producing the hit single Naturally and breaking into the US Top 10. Meanwhile she continued her acting career, playing a more adult role in the movie Ramona & Beezus, appeared in various TV commercials and launched her own fashion range before releasing her second album A Year Without Rain. Gomez gained further attention when she started dating Justin Bieber and had another hit in 2013 with Come & Get It before releasing what was billed as her first solo album without The Scene, Stars Dance. Artist biography compiled by BDS/West 10. All rights reserved