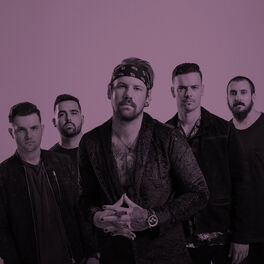 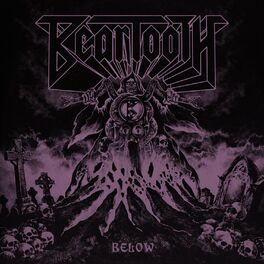 Bridging the gap between hardcore punk and metalcore, Beartooth is an Ohio-based band spearheaded by frontman Caleb Shomo. The singer formed Beartooth in 2012, while still performing as the keyboardist and substitute frontman of the electronica-influenced metalcore act Attack Attack! He subsequently left Attack Attack!'s lineup and focused exclusively on Beartooth, beefing up the band's raw, gutsy sound with help from guitarist Taylor Lumley, bassist Nick Reed, and drummer Brandon Mullins. The band partnered with Red Bull Records and released a debut EP, Sick, in 2013, followed by the full-length Disgusting in 2014. "In Between" was the album's biggest hit, climbing to Number 20 on the Mainstream Rock chart and eventually going gold. "Hated," a track from 2016's Aggressive, charted even higher, peaking at Number 6. Featuring a mix of melodic choruses and brutal, pummeling punk music, Aggressive cracked the Top 40 in America and fared similarly well internationally, climbing to Number 35 in the UK, Number 28 in Canada, and Number 18 in Australia. Now hailed as leaders of modern-day hardcore punk, Beartooth topped the Mainstream Rock charts with the band's third album, Disease, in 2018, then returned in 2021 with a fourth release, Below.