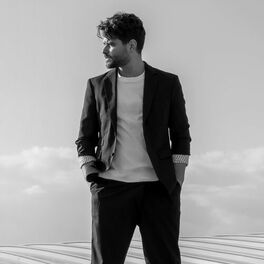 From Nassif Zeytoun with Love

On Repeat by Rami

The Orient Beat Back

Beirut Is Not For Sale

Nassif Zeytoun also nicknamed "Abou Elias", is a Syrian singer and the 2010 winner of the Arabic reality television show Star Academy and he is known for his widely popular song "Mesh Aam Tezbat Maae" released in 2014. His music videos on YouTube have millions of views, and counting. Nassif took part in Stars On Board 2016, a televised cruise with celebrity guests from all parts of the Arab world, and has held several concerts in Syria and Lebanon in the summer. Nassif is a proud Syrian whose love for his country and his people inspired the song "Haweety", a patriotic hymn of praise in which the singer pays tribute to his beloved and war-torn country. Zeytoun has released a number of well-acclaimed singles and albums.