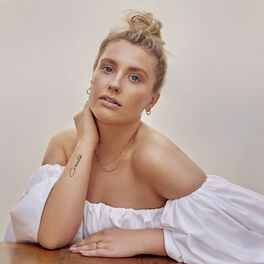 All I Want For Christmas Is You - Deezer Originals

This Is Real (Acoustic)

Ella Henderson is an English pop singer whose appearance on the British talent show 'The X Factor' won a wide audience even though she placed sixth in the competition. Her debut single 'Ghost' (2014) topped the UK Singles Chart, went to eleven on Billboard's Mainstream Top 40, number 15 on the Adult Contemporary Chart and 21 on the Hot 100. 'Glow' (2014) reached number seven in the UK. Both tracks appear on her debut album 'Chapter One' which topped the UK Albums Chart in 2015 and went to number eleven on the Billboard 200. She featured on Kygo's 'Here for You' in 2015 which went to number 12 on Billboard's Hot Dance/Electronic Songs Chart and reached number 18 in the UK, and Sigma's 'Glitterball' which reached number four in the UK.