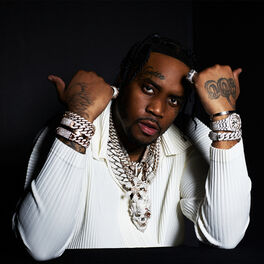 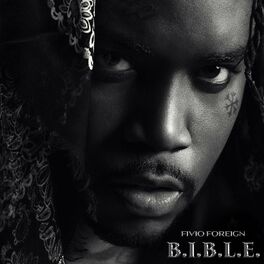 Not In The Mood

My head is spinning like a screw (Моя голова винтом)

Who we are (feat. Fivio foreign)

We in This Bitch

The American rapper known as Fivio Foreign was born Maxie Lee Ryles III in New York on March 29, 1990. He began performing under the stage name Lite Fivio in 2011 and made his recording debut with a handful of cameos on tracks by fellow rappers Ether and Yelz Feva. In 2013, he changed his name to Fivio Foreign after forming the hip-hop collective 800 Foreign Side with a couple of friends. However, it was the 2019 breakthrough hit "Big Drip" that thrust him into the spotlight, helping him land a joint record deal between Mase's RichFish Records and Columbia Records. The single was included in his first EP Pain and Love (2019) and also spawned a remix featuring Migos' Quavo and Lil Baby. Both versions appeared on his debut mixtape 800 B.C., which climbed to Number 159 on the Billboard 200 and topped the Heatseekers chart in 2020. That year, he scored his first couple of Hot 100 entries with guest verses on Drake's "Demons" and Lil Tjay's "Zoo York." Fivio Foreign spent most of 2021 and 2022 teasing the release of his studio debut B.I.B.L.E. through a slew of singles that included the Kanye West and Alicia Keys collaboration "City of Gods," a bouncy Brooklyn drill track that hit Number 46 on the Billboard Hot 100 and peaked at Number 58 in the UK. Released on April 8, 2022, B.I.B.L.E. reached Number 9 on the Billboard 200 and became his first US Top 10 debut on the chart.