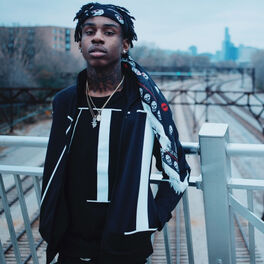 Just Cause Y'all Waited 2

by Only The Family, Lil Durk

Just Cause Y'all Waited 2

US Rap On the Rise

Taurus T. Bartlett, who goes by the name Polo G, is an American hip-hop performer who began rapping in Chicago as a teenager but landed in correctional institutions on drugs charges. He began to release tracks on SoundCloud and YouTube in 2017 and a track and video titled 'Finer Things' became widely popular. His single 'Pop Out' featuring fellow rapper Lil Tjay went to number 95 on the Billboard Hot 100 upon its release in early March 2019 and he released another single, 'Battle Cry'. His 2019 schedule was to include appearances in New Haven, Connecticut and Miami, Florida.