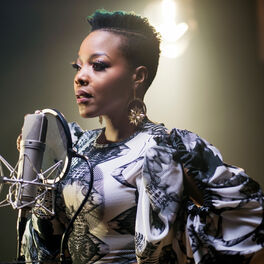 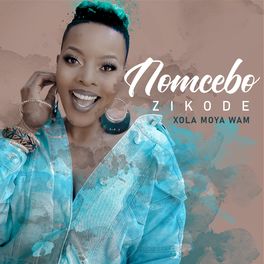 Nomcebo Zikode – Biography Armed with extensive experience as a backing vocalist for some of the top shelve musicians in the country, Nomcebo has found her mojo as a solo singer. Her single, Imizamo Yami, bursts with fresh and throbbing beats as she presents her brand of Afro house. She wants to use her talent to send messages and the track keeps to that. It’s about unrequited love where one gives so much of themselves while the other party shows no appreciaton and takes her for granted. She says this applies not only in romance, but also in families and friendships. She worked with Bongo Beat on Imizamo Yami. Nomcebo shares that her album will show more sides of her talent. ‘I bring something fresh that is to be liked by both the young and old and will not make listeners uncomfortable. I’m being myself and I believe lovers of music will come along with me on this journey. It’s going to be amazing as the feedback from Imizamo Yami has already proven.’ Nomcebo came to Johannesburg from her KwaZulu-Natal hometown of Hammarsdale in 2003 to pursue her music dream. Nomcebo knew earlier on in her life that she would wind up a musician, but there was no grooming or support at her school. In fact, she shares a story of how she used to be laughed at whenever she said she would be a singer on career day. Her dreams were validated when she came to Johannesburg and realised that one could study music afterall. She entered a talent search on 0khozi FM carried out in conjuncton with a gospel music label owner. She won and secured a spot in the bands of some of the biggest names in gospel. Touring, working and observing how the pros did it provided Nomcebo with all the training she needed, not only in the technicalites of performance but also the pitalls to avoid for one to have longevity in the music industry. To prepare for her future, Nomcebo studied for a diploma in informaton technology (IT). Given her disadvantaged background, she says the course opened her eyes to the new world of computers. While she may not be using her qualifcaton, Nomcebo believes it stands her in good stead. ‘I’ve learned to be grounded and respectul to people and never lose your focus - to never miss a moment, be on tme and have no regrets. It’s important to never forget how you were brought up. If you do that you will change yourself and values and compromise yourself when you get to places like Johannesburg where everyone lives their life,’ she says.