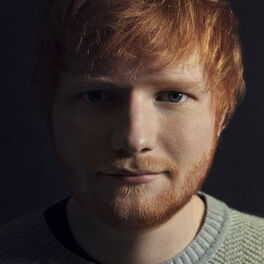 Songs I Wrote With Amy

Live at the Bedford

by The Rolling Stones

NO ONE EVER REALLY DIES

Inspired by an interview with James Morrison in which the pop crooner claimed to have played 200 gigs in a year, budding singer-songwriter Ed Sheeran went on a frantic mission to beat Morrison's record. Cutting his teeth in front of just handfuls of people, he finished 2009 having played 312 shows. His next adventure led him to Los Angeles where he was spotted at an open mic night by Hollywood actor Jamie Foxx who invited him to stay at his house and record. A series of self-released tracks led to a keen online following, before Sheeran's EP 'No. 5 Collaborations Project', released in 2011 with tracks featuring rappers Wiley, Sway and Ghetts, shot to number two on the iTunes Chart. His single 'The A Team' became an even bigger hit, reaching number three in the UK and winning him the Ivor Novello Award for Best Song Musically and Lyrically, paving the way for debut album '+' ('plus') which headed straight to number one. Sheeran was quickly making his name and presence known in the industry, with big names seeking him out for collaborations. In 2012, after receiving a co-writing request from Taylor Swift, the two penned 'Everything Has Changed' which appears on Swift's album 'Red'. After opening for Taylor Swift on tour, Sheeran went on to sell-out three headline shows at New York's Madison Square Garden. His second album 'x' ('multiply') went to number one in the UK and the US and he went out on a world tour. 'Thinking Out Loud' was the third single released from 'x' and became his second number one . With an Ivor Novello Award for Songwriter of the Year, two Grammys for Song of the Year and Best Pop Solo Performance, both for 'Thinking Out Loud', Sheeran decided to take a break from the business and went off the grid for a year. In 2017 Sheeran announced the release of his third album '÷' ('divide'). The album went straight to number one in the UK and became the fastest-selling album by a male solo artist in the UK. He released two singles from the album: 'Shape of You' and 'Castle On the Hill'. The singles entered the UK Singles Chart at number one and two respectively, making history as the first artist to ever achieve the top two positions at the same time. He then released 'How Would You Feel (Paean)' as a promotional single and it charted at number two. 'Galway Girl' was then released as the third official single and this also went to number two. These releases, on top of the fact that streaming tracks are counted in the singles charts, meant that Sheeran celebrated holding nine of the top ten songs in the UK Singles Chart in one week, with all 16 songs from the album also entering the top 20. Artist biography compiled by BDS/West 10. All rights reserved